How will the Thomas Low Generating Station benefit the community?

RPG will continue to provide a reliable source of renewable energy, double its capacity to generate hydro-electric power, and provide long-term dividends to the Town of Renfrew because of the construction of the Thomas Low Generating Station and repairs to the Upper Dam. 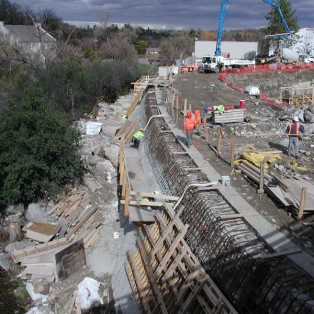 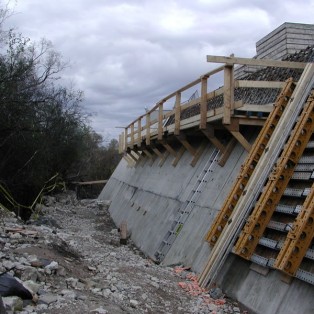 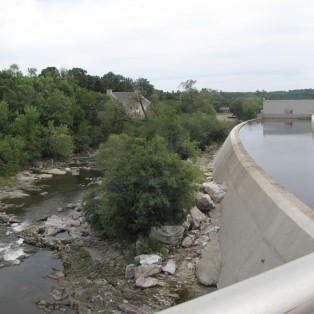 The new TLGS was constructed. Major repairs were completed to aging infrastructure at the Upper Dam and the Upper Plant intake canal—these repairs were identified in a dam safety assessment conducted by OEL/Hydrosys in 2007.

The project consisted of: 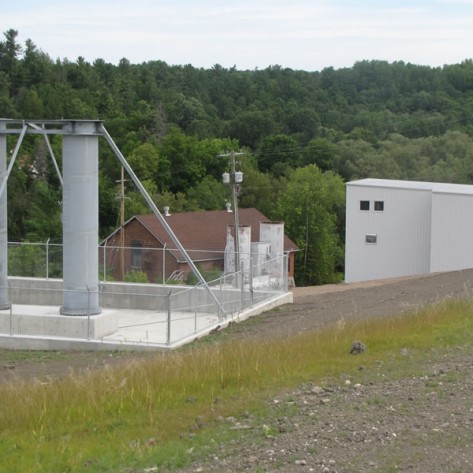 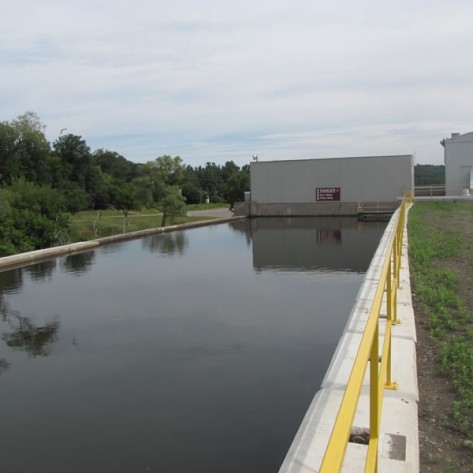 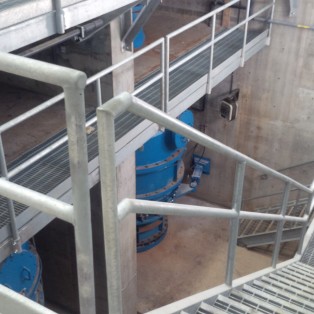 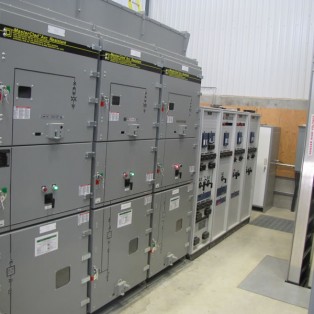 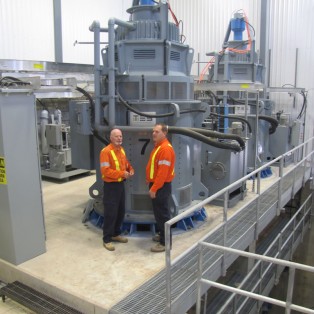 Why did RPG build the Thomas Low Generating Station and redevelop its facilities?

Renfrew’s two existing waterpower stations (the Upper Plant and Lower Plant) have been generating hydroelectric power for more than 100 years. RPG’s decision to upgrade was influenced by four factors:

How will this project protect the Town of Renfrew’s water supply and wastewater treatment?

Will the older generation plants continue to operate?

How much did the project cost?

Who is paying for this project?

What are some of the other economic benefits of this project? 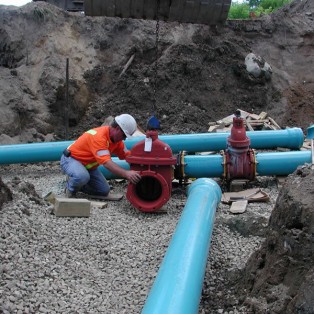 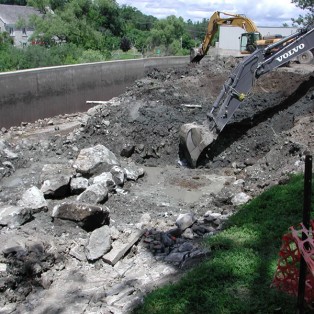 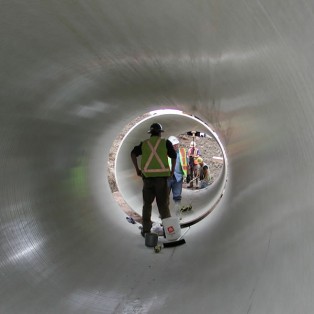 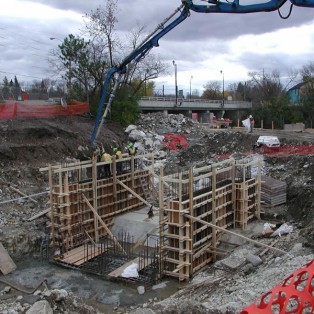 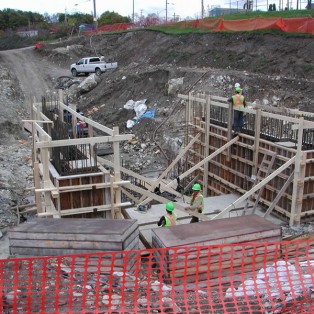 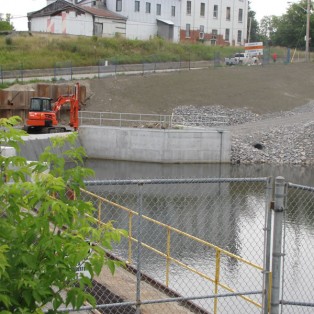 What other options were considered before the decision to build TLGS and upgrade infrastructure?

How long did it take to plan the project?

The project has been in the planning for 10 years—involving five major stages and many stakeholders: the feasibility analysis, developing the business case and financing, planning including environmental approvals, permitting from at least a dozen government agencies, and a construction schedule that responded to high levels of spring run-off, winter conditions, and habitat protection. Construction started in June 2013.

Who was the Hon. Thomas Low?

Renfrew Power Generation’s (RPG) decision to name its new waterpower generating station, the Thomas Low Generating Station, is a testament to one of Renfrew’s progressive leaders. The new generating station stands next to the weathered but resilient red-brick building that housed Low’s generation units for more than 100 years.

Born in Quebec City in 1871 and educated in Pembroke, Thomas Andrew Low came to Renfrew where he became an entrepreneur, lumberman, industrialist, and parliamentarian.

Low’s ambitions were inspired by the belief that he could produce much more electricity using the waterpower of the Bonnechere River to supply the Town of Renfrew—power to run its water system. Harnessing water power to create electricity gave Renfrew a distinct edge, one that made Renfrew a successful manufacturing centre.

In 1899, when Martin Luther Russell’s sawmill came up for sale, Thomas Low—Russell’s former secretary—bought the land between Mutual Street and the Bonnechere River together with the water rights. Low had left Russell’s employ to run a sawmill with his partner, John Knight, at the Fourth Chute. Unfortunately, the sawmill burned to the ground in 1894. Low used the land he purchased from the Russell estate to house a lumber yard where he sold dressed and undressed lumber, laths and shingles. Just across the river stood W.A Mckay’s grist mill—a mill with lighting created from electricity generated by water power from the river with enough left to supply nearby houses. Renfrew Electric Power’s A.A. Wright was also supplying the Town of Renfrew power for five arc lights on major streets.

Low was particularly interested in convincing Town Council and its Waterworks Committee of the merits of using electricity to power the town’s waterworks system instead of steam, fuelled by wood.

In 1902, construction of RPC’s dam and a building, known today as the Lower Plant at RPG, housing two power generation units was completed. Electricity was supplied to light stores and houses and the town’s street lighting. A contract was signed later between the Town and RPC to supply electricity to operate the waterworks.

In 1911-12 the Town built a second dam and a building—known as the Upper Plant today—to house another electrical generation station and a pump house for the waterworks in large part because of weather conditions in 1908—the year the Bonnechere went dry—this very dry year greatly reduced the flow of water in the Bonnechere River. Fortunately, the original steam-driven turbines, kept as backup, provided the power needed during the dry spell. Town Council bought the property and water rights from A.A. Hough above the highway bridge and below the bridge, and after some negotiations, the water rights of the owners on the north side of the river.

Low’s RPC was eventually sold to the Town in 1917.

Thomas Low was a man of multiple interests: creating many local jobs by working with other industrialists including M.J. O’Brien. Low was president of Renfrew Flour Mills (the largest in the county); Renfrew Electric (manufacturing irons, toasters, percolators), Renfrew Refrigeration, Renfrew Manufacturing (planning mill) and the British Canadian Export Company. He was the founder of Renfrew Machinery (produced popular cream separators, and shells and fuses for shell cases during WW1), and the Knitting Mill. Electricity for some of these companies was generated initially by Renfrew Power Company.

The Hon. Thomas Low, a Liberal, was elected MP for Renfrew South for four terms: 1908, 1911, 1921 (resigned after accepting an office of emolument under the Crown), and again after winning the 1923 By-Election. Prime Minister MacKenzie King appointed Low Minister without Portfolio from 1921-1923 Low hired a young university graduate from Renfrew as secretary—Charlotte Whitton who went on to be Canada’s first female Mayor. Low served as Minister of Trade and Commerce from 1923-1925.

With Town Council’s approval, Low at his own expense, had the old Albion Square at the corner of Raglan and Railway streets made into a park in 1918. Council named it Low Square. Low’s final gift to the town was the Soldiers’ Memorial Cenotaph, unveiled in 1931 to honour the men from Renfrew and the area who died fighting for Canada during WWI. Thomas Low did not see the unveiling. He died at the age of 59 on February 9, 1931.