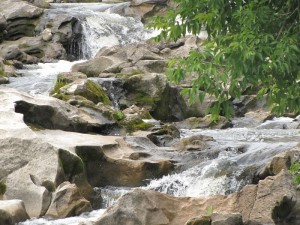 How will the Thomas Low Generating Station affect our environment?

Maintaining flows, levels, protecting species and managing habitat, and erosion control are all part of RPG’s commitment to conducting business responsibly and in an environmentally-friendly way. RPG manages the water levels and flows on the Bonnechere River. These levels and flows were determined as a result of a comprehensive process in which the Ministry of Natural Resources, RPG, other power producers, representatives of the Algonquins, a Standing Advisory Committee consisting of a group of dedicated volunteers, and many stakeholders interested in the health of the Bonnechere River worked together. 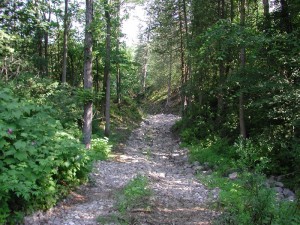 What type of environmental assessment was conducted? 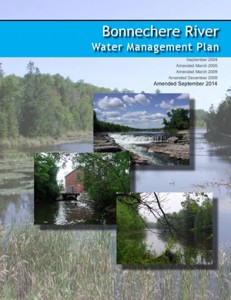 What is the Bonnechere River Water Management Plan?

What area does the Bonnechere River Watershed include?

Bonnechere River’s source or headwaters is McKaskill Lake in Algonquin Park. Once a key transportation corridor, the Bonnechere River first attracted First Nations people, followed by fur traders, lumbermen and settlers. Between 1847 and 1853, at least 23 dams and slides were constructed on the Bonnechere to transport logs down the river.

The 145 kilometre river changes from clear and cold at Algonquin Park to warm and turbid as it approaches the Ottawa River—meandering through forests, farmlands, towns and villages, cottage areas, and woodlands—emptying into the Ottawa at Castleford through a provincially significant wetland.

The Bonnechere River generally is navigable with the exception of portages at five well-known chutes or falls, and at several rapids. It flows through Round Lake and Golden Lake, two of the largest lakes in Renfrew County, and Lake Clear which is connected to the Bonnechere by Hurds Creek.

What’s the link between RPG and Green Energy?

Click Here to learn more about the Ministry of Energy’s message about coal-free hydro generation.